Note: It is strongly recommended you remove AntiVirus Plus 2014 fake anti-spyware from the victimized computer ASAP. You can click below help  button to live chat with VilmaTech 24/7 Online Experts to ask for professional help. 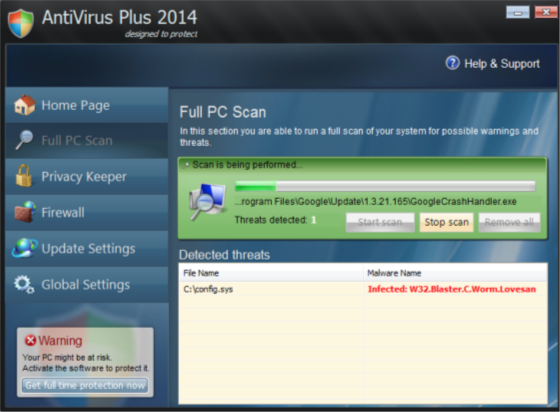 Warm Attention: If your computer is attacked by such fake virus, you can click  Live Chat with VilmaTech 24/7 Online Experts to clean it out instantly.

1. Stop Windows AntiVirus Plus 2014 fake anti-virus program popups now. You need click the Settings and check Allow unprotected startup, and then click Ok. Then Exit the AntiVirus Plus 2014 Program by right clicking it on the Taskbar and select Exit.
2. Click Start menu and lick on the control panel option. (See the screen grab below for the location)

3. Access to the Control Panel window, you will be presented with one of 2 different screens according to the checked view types. With either screen you are going to want to click on Add or Remove Programs. (See images below) 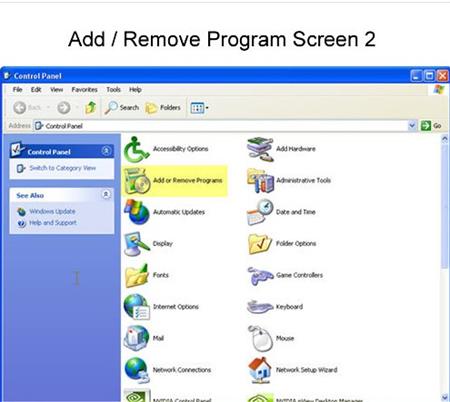 5. Locate at the target program. Next right click the AntiVirus Plus 2014 Program and select Remove on its right side.

6. Most software will ask you if you are sure you want to remove it. Please click the next button as the set-up wizard. Next click the Uninstall button. Click Finish button after the removal complete.

1. Open the Control Panel from the start button as well. For Windows 8 users, navigate to the Control panel, you can try this way. When you see the desktop, just move the mouse cursor around on the Start screen to reveal a new Apps button.

5. Now, navigate to the Uninstall a program to uninstall AntiVirus Plus 2014 fake anti-virus program. The left steps are just familiar with the un-installation process mentioned above. 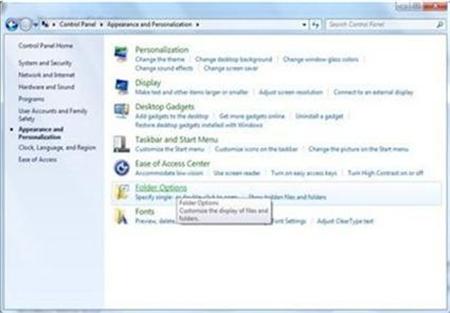 2. Click the Start button and click My Computer. It may bring you to the local disk. You need delete all its left files of AntiVirus Plus 2014 virus.

3. Press Window + R key together, type the “regedit” in the pop-up Run window and hit Enter key. Next you can see the Registry Editor. Click on Edit and select Find. Type the name of the AntiVirus Plus 2014 virus in to search all relevant registries. And then delete them.